Ecuador was easily my favorite country in South America. I spent quite a bit of time in the capital, Quito, and I love that with the smaller geographic size of the country, you can get out of the city and into the mountains, the amazon jungle, or to the beach so quickly and cheaply! I fell in love with the snow-covered volcanoes, alpine lakes and cooler temperatures throughout the Andes. The people, the food, the history… #AllYouNeedIsEcuador 😉

Things to do in Ecuador 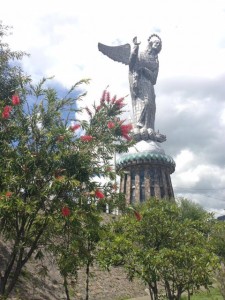 What to Eat in Ecuador