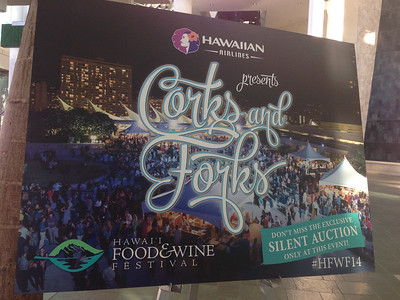 September was truly a month of gluttony for me. Knowing that I’d be on the road for months with a mostly street food diet to stretch my budget over the course of my trip, I wanted to be sure leave on a high note. I created a “Honolulu bucket list” of sorts – places I’d never gotten around to dining and things I’d always meant to experience, like riding around Oahu via The Bus, trying to omakase menu at Sushi Sasabune, watching the sunset from Kaena Point or having a picnic lunch on the lawn at Iolani Palace. Thanks to my amazing friends, I made it to most of them.

Of course, I also went out with my foodie friends to my favorite spots more than a few times, trying to soak it all in. Now, almost two months into my trip, I miss the familiar flavors, even as I’m experiencing new ones daily. I can’t help but crave dry mein from Sam Sato’s, a good cocktail from the Manifest, just about anything on the menu at town or The Pig & The Lady, not to mention poke, sashimi, ramen, pho… 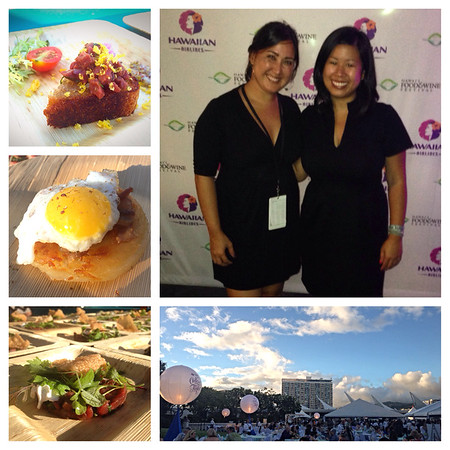 So I suppose it was perfect that one of my “last hurrah” food events in Honolulu was Hawaiian Airlines presents: Corks & Forks at the 2014 Hawaii Food & Wine Festival. I’d attended last year’s festival as a guest at the Under A Modern Moon: Morimoto & Friends event and loved it. As it was my first time attending, I quickly joined up with a little group of social media acquaintances and food lovers – Dawn & Derek Paiva and Martha Cheng. It was only fitting that for the 2014 event, we once again worked on our strategy to secure a table as a “home base” while we took turns making the rounds, photographing chefs and their dishes and scouting out the best plates to bring back to the table. I have to say, it’s pretty much the perfect way to attack an event like this. Dawn quickly scored us a table right in front of one of the cocktail stations and I was free to roam. 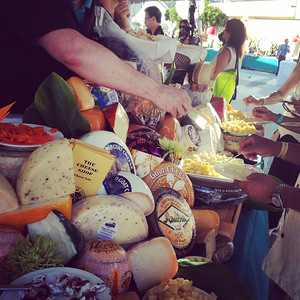 While frozen, slushy Kirin paired nicely with the weather and the selection of wines from 20 Napa Valley winemakers paired nicely with the 1,000 pounds of cheese flown in by the Cheese Shop, the real treat for my friends and I was the bartenders. I actually made the mistake of looking for wines to go with some cheese for dessert – by then they were all gone! (Tip: Be sure not to treat the fantastic wines as an afterthought if that’s your priority!)

As for my friends and I, we were thrilled with the cocktail stations. Honolulu was well represented with Pint & Jigger’s Dave “Thor” Newman famous Drawn & Quartered (using bitters as the base, yet perfectly balanced) and Christian Self of Bevvy offering up a set of smoky mezcal cocktails.

Across the way, Julie Reiner of the Clover Club in NYC went with two options to cover different types of palates – the Green Destiny, a fresh gin-based cocktail and the Walk in the Park, a lightened up scotch cocktail for whiskey lovers like myself. The Modern Mixologist himself, Tony Abou-Ganim held a cocktail seminar earlier in the week at the Modern Honolulu’s Study Hall, where he professed his love for tiki cocktail and the case for shaking vs. stirring a cocktail. For Corks & Forks, he offered a vodka-based creation named The Happy Mario which definitely had the island feel with mango and a hibiscus honey lemon tropical grean tea syrup, balanced with aperol, myer lemon juice and a float of sparkling wine. This one quenched my thirst in the hot sun before the trade wind breezes had a chance to fully take over later in the evening.

Regardless of what we’re drinking with it, you can’t mention this event without nothing the superstar lineup of chefs attending each year. Long lines began forming quickly for many of the booths before I’d even done my first lap!

Some at our table (including the “sugar” in Sugar+Shake) wisely started with dessert first. I usually don’t have much of a sweet tooth but I must say Christina Tosi (of Momofuku’s Milk Bar) is a genius and her Guava Horchata Layer Cake was even more delicious than it was beautiful, spiced horchata cake layered with guava cream and topped with delicate petals of edible flowers.

It was tough to choose a favorite dish of the night, with heavy hitters such as Jonathan Waxman, Hubert Keller, Celestino Drago, Ming Tsai and Grant MacPherson flying in from around the country and even Testuya Wakuda all the way from Sydney.

Admittedly I’m a bit biased, but it was the local chefs that really stood out for me. Chef Mavro’s oxtail rillette was a little bite of heaven atop a griddled mochi cake, topped with a perfectly cooked quail egg. Our table’s overall favorite was the Beef Heart Tartare by Hawaii Convention Center’s excecutive chef, Gary Matsumoto. Home court advantage or not, this tartare was brilliant, including a salt-cured egg yolk shaved onto the dish rather than the traditional runny yolk broken into it. It gave an extra layer of flavor to the whole dish.

By this point I may have been getting a bit nostalgic (ok, or perhaps a bit tipsy) but the dish that I craved the most was the Air-dried Kulana Ribeye by Ed Kenney and the guys at town. It’s no secret that this is one of my favorite restaurants and I just love the creative way they present local ingredients. The night of Corks & Forks however, despite being placed in a booth towards the back of the venue, Ed Kenney was hard to miss – in fact, he took his meat slicer mobile and made laps around the event, literally dancing as he shaved off paper thin slices of the perfectly cured beef, topped with picked pohole fern, creamy bits of Naked Cow Dairy tomme cheese and bits of adzuki beans crisped up to provide texture contrast.

The comforting blend of local flavors in a sophisticated, yet never-stuffy presentation for me is the thing that I’ll miss most about town. I don’t even want to admit how many plates of these I grabbed whenever Kenney passed by our table. 😉

A few times during the evening, I’ll admit that I got wistful and a bit misty-eyed… Looking around at the food-loving crowd milling about, the talented local chefs and bartenders… I got a bit of a sinking feeling in the pit of my stomach. Don’t get me wrong – I’ve been planning this for a while and I was truly looking forward to adventures ahead, but at the same time, Honolulu – scratch that – Hawaii’s food scene is bursting with talented up and coming chefs, famers, and artisans who have a vested interest in bringing to light the amazing things that can be done to highlight quality, locally-grown ingredients. And I think the time has come that Hawaii’s food lovers are ready to appreciate and soak it all in.

I’ll be living it vicariously through social media, but the Hawaii Food and Wine Festival was a front row seat to the exciting things happening in the local food scene. I’m not 100% sure where my journey will lead me by the time next year’s festival rolls around, but it’s absolutely a can’t miss event when I’m in town.

>> For a full gallery of photos from the event, visit our HFWF 2014: Corks & Forks album on the Shoyu Sugar Facebook page. Be sure to “like” us while you’re there to stay updated!

DISCLOSURE: I was invited to attend the Corks & Forks event as a guest of the Hawaii Food & Wine Festival. I received no compensation for this post and as usual, all opinions are my own. Thanks for reading!

Hey, I didn’t know you put your HFWF post up! Loved having you as our table buddy again!