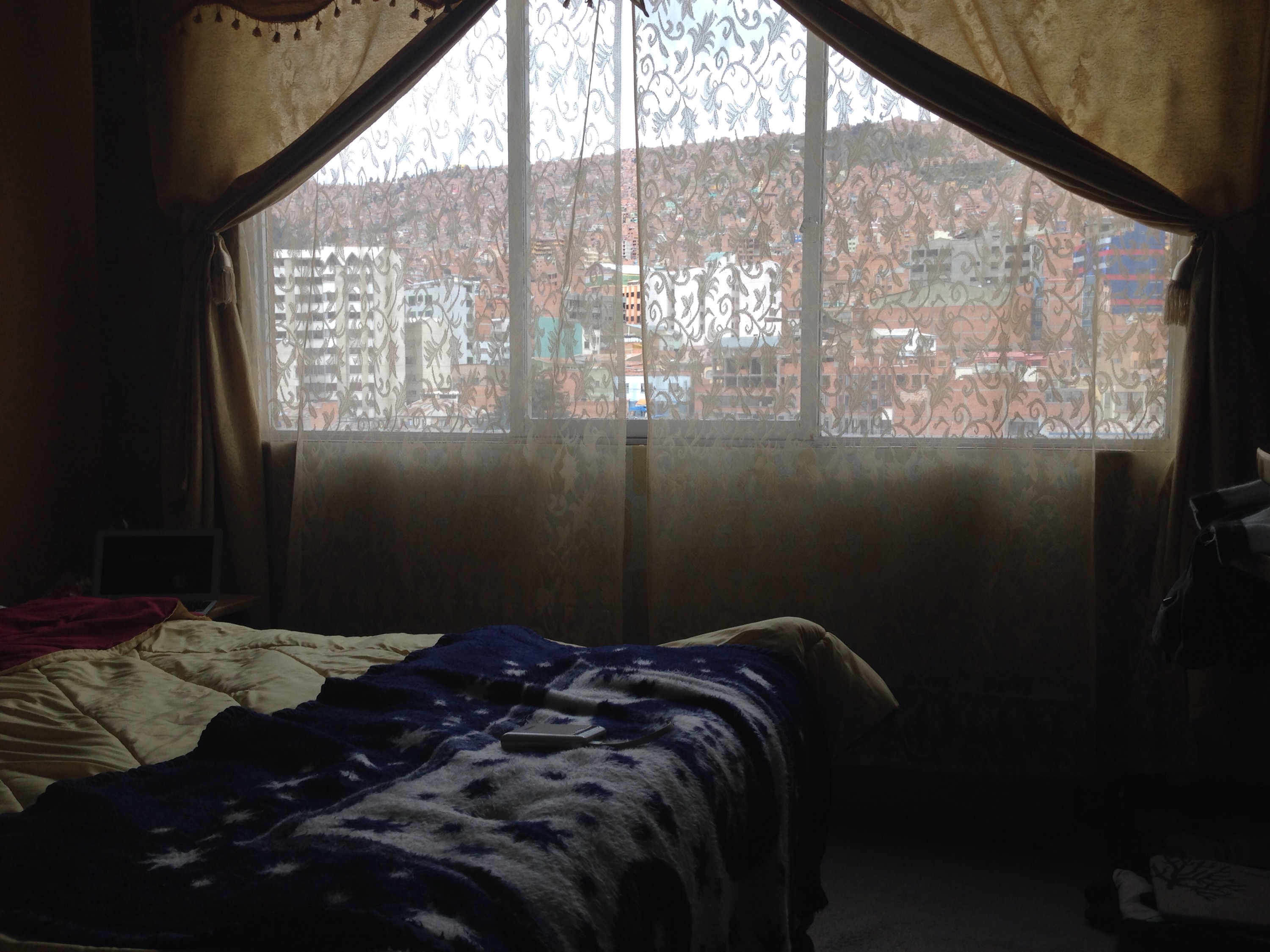 I opened my eyes and looked out past the lace curtain on my time-capsule 70s hotel room. Without needing to leave the warmth of my bed and its four layers of thick blankets, I could watch the morning fog roll down the side of the mountains surrounding my hotel in La Paz, Bolivia. My eyes strained to make out the silhouette of the teleferico station perched at the edge of the plateau where El Alto begins, and the tiny cable cars rolling up and down the steep hillside, like toys.

My time in Bolivia was drawing to a close and I was contemplating how much money I would need for my last few days in the country. It’s always a tough balance – you never want to have too much, but of course you don’t want to run out either, so I in my sleep-haze I began attempting the mental addition to figure out how much I’d need to settle my hotel bill, book a tour in Salar de Uyuni to see the famous salt flats, and to get myself to the Chilean border in the next few days.

I reached down to the floor to rummage around in my purse for my wallet to see how many Bolivianos I had left after dinner the night before.

My heart nearly stopped – my ATM card was missing!

About a week ago, I used my ATM card to take out about a week’s worth of cash. I had an overnight trip to Copacabana and Lake Titicaca coming up, so I took out a little extra to be on the safe side. The ATM, for some reason, spit out a bunch of smaller bills, rather than the 100s that I was used to getting. As I struggled to tuck away the wad of cash, I must have forgotten to retrieve my ATM card. Instantly, as I played it back in my head I knew what happened and I had a sinking feeling in my stomach, closely followed by dread, and then panic as my brain began churning out worst-case scenarios.

I was scheduled to leave La Paz in two days on a night bus to Uyuni. If I had to wait for a replacement card to arrive from the States, who knew how long that would take? What if someone had taken my card and was charging up fake alpaca sweaters and llama steak dinners?

After a tear of two of frustration at my own stupidity, I got to work trying to figure out what to do. I checked online to verify no charges had been made on my card – so far so good. I contacted a Spanish-speaking friend who lived in La Paz, who offered to go with me to the bank where I’d used the ATM in hopes of retrieving my card. Although as it was a Sunday, it wouldn’t be possible until the next day. Better than nothing. I looked up the emergency phone number from the back of my ATM card off the copies that I’d stored online and tried making a free call through Google Hangouts, but no one answered. Not only was it Sunday, the next day was Marin Luther King day, so if there was no one staffing the so-called “emergency” hotline, I likely wouldn’t get through until Tuesday. I sent a tentative email through American Savings Bank’s online messaging system asking what my options were for having a replacement card sent overseas. 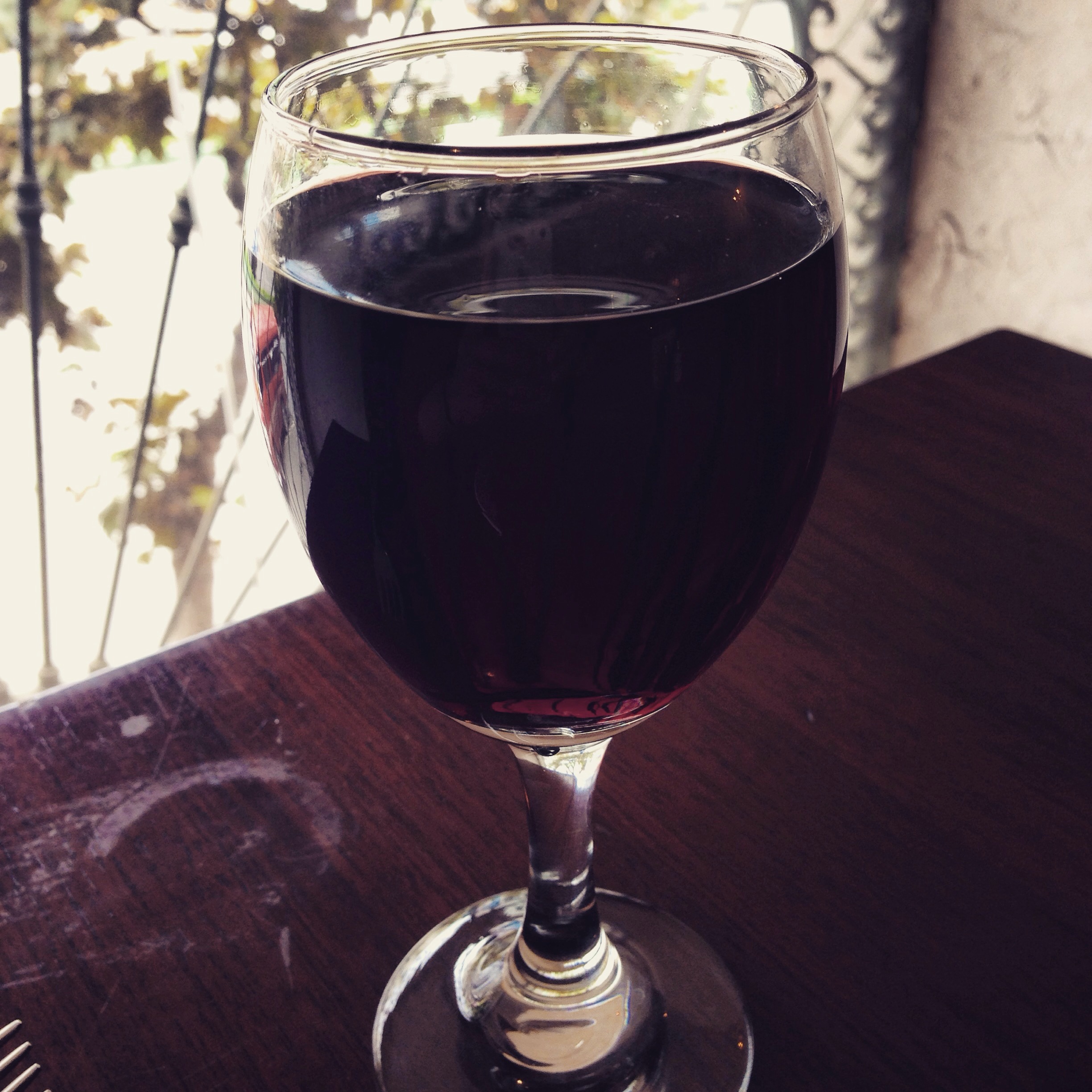 Then, with nothing else to do but wait, I took my sad self to the nearby restaurant, one that accepted credit cards, and promptly treated myself to a consolation glass of red wine and a steak. As the wine hit my bloodstream, I took a deep breath and felt myself relax.

The next morning, my friend Freddy accompanied me to the bank branch and translated for me, explaining to the clerk my situation, while helplessly I clutched a good luck charm and mouthed the words “I hope its there, I hop its there” over and over. Upon hearing that the card was not one of their bank’s, the clerk directed us to an office a few blocks down, apparently where lost ATM cards go to wait in purgatory until they’re claimed. I thanked him with a grateful smile and Freddy and I signed in at the building where we were directed. Up to the 10th floor – I hope it’s there, I hope it’s there, I hope it’s there – where they directed us to the 11th floor, where we had to wait for a kind woman (who spoke English!) who – miracle of all miracles – pulled out a stack of debit cards from her top desk drawer and shuffled through them until she came to mine! Crisis averted!

This time, I was lucky with a close call.

But in hopes of sparing you, dear reader, with the same heart-stopping and stressful day that I went through in the effort to get my card back, here are a few things you can learn from MY mistake.

General tips for managing your money on the road:

And if, despite all of this, your card goes missing like mine, remember the following:

>> For further advice from my experience and mishaps, visit my Travel Tips section.
>> For advice on specific regions or countries, visit my Destination Guides.