This morning my dad sent me a link to an article on Huffington Post about McDonald’s Japan launching Tofu McNuggets which made me laugh with their dramatic reaction to the news:

Tomorrow, they’ll premiere their first completely tofu nugget, called Tofu Shinjo Nuggets, and we don’t know what to think. Some are saying it’s a sign of the end times, and to be honest — it just might be. 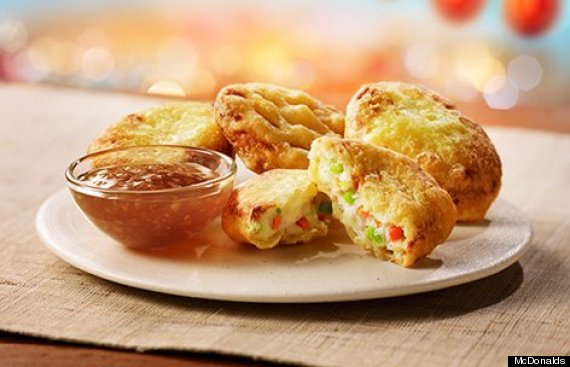 Personally, although I don’t frequent McDonald’s at home – or many fast food restaurants in general, when we have such great non-chain options in Honolulu – I admit that I sometimes seek them out when traveling. While in Paris, I lamented that I was turning into an American when I gave in to a craving and stepped through the Golden Arches for a Royale with Cheese. 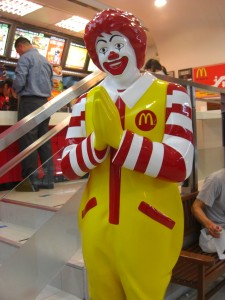 And in Thailand, if the wafting aroma of salty, crispy french fries doesn’t get you as you walk by, Ronald McDonald will even bow slightly with palms pressed together to welcome you in. In addition to the regular menu with Big Macs and Egg McMuffins, you can get items that cater to Thai tastes (congee, anyone?) similar to how we can order saimin or Portuguese Sausage, Eggs & Rice at McDonalds in Hawaii.

So it’s fitting that the launch of tofu McNuggets coincides with the first trip my brother Todd and I will take together – to Fukuoka, Japan! We will investigate and report back. 😉

Pan-fried tofu patties were actually a staple of childhood for us… My grandma often made them, sometimes with canned salmon or tuna added. I actually went back through her recipe cards and found this one that she had copied by hand out of one of her many local cookbooks: 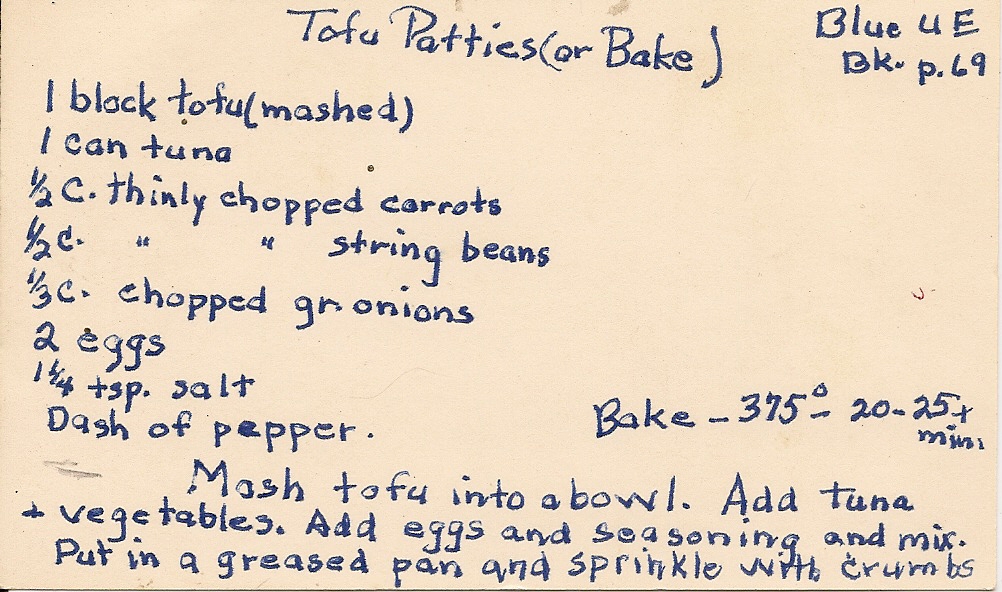 So the thought of Tofu McNuggets actually makes me a bit nostalgic. We’re heading to Fukuoka in less than two weeks… stay tuned!

One reply on “Tofu McNuggets in Japan?”